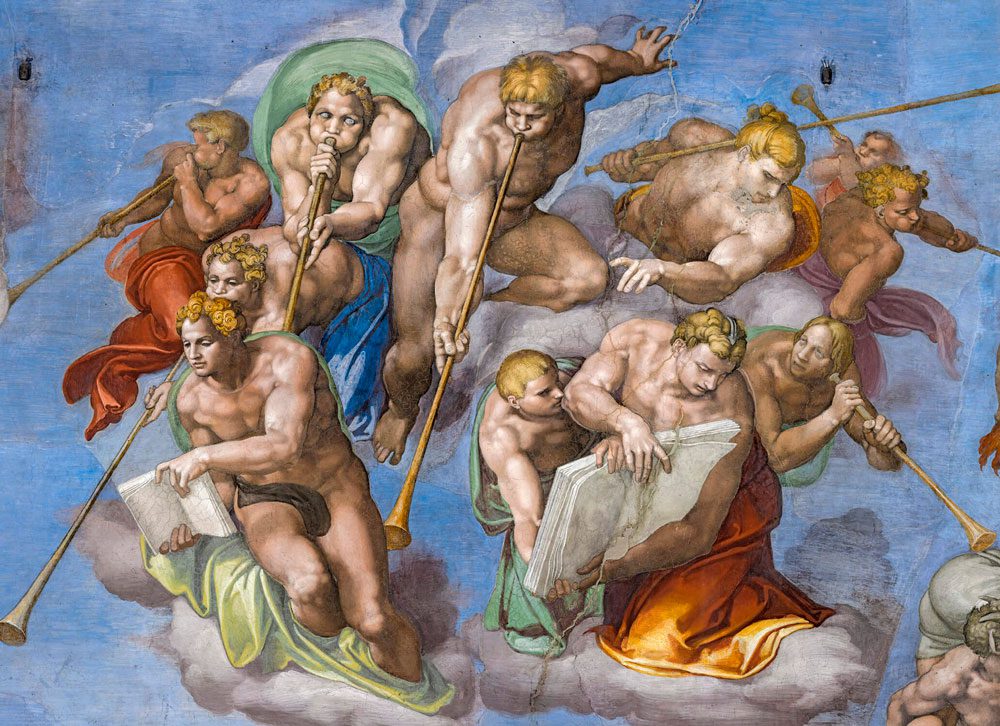 This giant magnum opus features life-size 1:1 renditions of the masterworks of Michelangelo, Botticelli, Perugino and other Renaissance artists, reproducing the most precise images of the artworks ever published.

To create this Sistine Chapel trilogy, a team of photographers worked for sixty-seven consecutive nights on a ten-metre-tall scaffold capturing every centimetre of the magnificent frescoes while the Sistine Chapel was closed to the public. Post-production, using imaging software, 270,000 individual frames were seamlessly stitched together and printed as digital proofs. These proofs were then meticulously colour-matched against the actual frescoes. The final images are 99.4 per cent accurate in terms of colour.

This enormous 61cm x 43cm (24in x 17in) 822-page creation offers the first-ever opportunity to witness the frescoes of Michelangelo and the other artists in minute detail, with images so clear, sharp and immersive that colours and textures can be observed right down to the individual brush strokes.

The set has been published as a limited edition: there are only 1,999 copies, never to be reprinted, with just 600 available in English. Each volume weighs 11.33kg (25lbs), with a total weight of 34kg (75lbs). They are bound in white calf leather, debossed in silver, gold and platinum foil stamping. The debossed handmade Italian endpapers feature the pattern of the Cosmati mosaic tiles in the Sistine Chapel. Each volume is protected by a custom cotton sleeve, and a pair of white cotton gloves is provided for archival handling. Each volume is encased in a bespoke handmade gift box. A separate box, printed in white and silver ink with matte film lamination, holds the three-volume collection.

This monumental project dovetails with the ongoing conservation programme of the Vatican Museums, which has never authorised a publication of this kind previously. The three-volume Sistine Chapel is an art treasure in itself, something to cherish and pass on as a valued heirloom.

Each set is numbered with a seal of authenticity and is available to order at:

The contents of the three individual books are as follows:

Frescoes of the 15th Century

The first volume of The Sistine Chapel set (268 pages) is about the frescoes on the side walls of the chapel, painted between 1481 and 1483.

Stories from the Life of Moses

Showing seven scenes from the early life of Moses as described in the book of Exodus, this fresco is located in the second compartment on the south wall of the chapel. In each scene, Moses is distinguishable by his yellow dress, and in five of the scenes, he also wears a green cloak.

Tawny Chatmon: If I’m no longer here, I wanted you to know