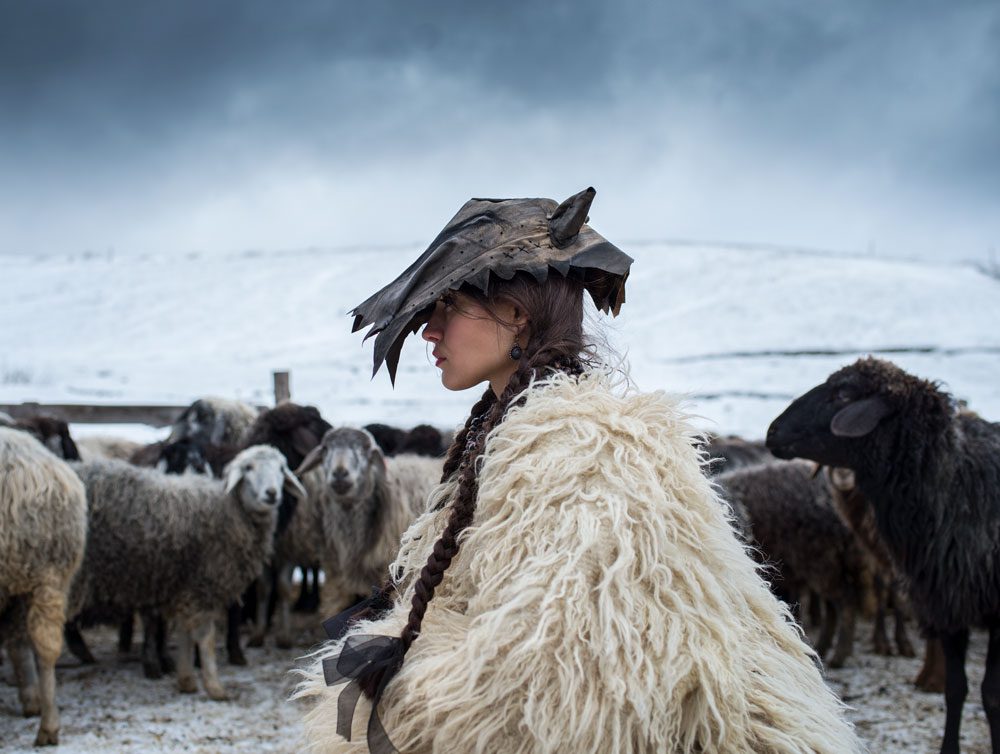 Throughout history, art and war have had a longstanding and complex relationship. Indeed, it seems strange to many that destruction and violence have the capacity to stimulate creativity, whether it’s to boost morale, spread propaganda or depict brutality. As long as conflict has existed, artists have responded. Examples of this include Consequences of War (1638–39), Peter Paul Rubens; Disasters of War (1808–13), Francisco de Goya; Men of the South (1921–22), Sean Keating; and Guernica (1937), Pablo Picasso.

The destruction of cultural heritage, too, is often a deliberate attempt to destroy a nation’s tradition, identity and faith and can be one of the greatest morale-breaking aspects of war. As the Russian invasion of Ukraine continues, UNESCO’s Director-General Audrey Azoulay has called for ‘the respect of international humanitarian law, in particular the Hague Convention for the protection of cultural property in the event of armed conflict.’

Photographer Anna Senik is responding to the Russian invasion by portraying the people of her homeland dressed in traditional Ukrainian clothing, known for its intricate embroidery and bright colours. Headdresses consist of shawls and floral head wreaths, which are one of the oldest symbols of Ukraine, signifying peace, happiness, destiny and strength.

Born in Kyiv in 1988, Anna graduated from Vadym Hetman Kyiv National Economic University with a master’s degree in finance. Self-taught as a photographer, she has established an impressive reputation for working in cooperation with private collectors, museums, professional ethnographers and traditional craftspeople to create stunning images of ethnic Ukrainian clothing.

Anna Senik is also the creator of Warrior, a project dedicated to military history where, in cooperation with historian Mykola Balaban, she depicts men-at-arms who operated within the modern borders of Ukraine in different historical periods. The project was initially exhibited at Taras Shevchenko National Museum in Kyiv in May 2015. It continues to be exhibited in every major city of Ukraine, including those near the frontline.

For now, Anna is on a hiatus from her creative work as she has chosen to serve in the Territorial Defence Force to help defend her country during the Russian invasion. This is not her first time assisting in the struggle against the Russian occupiers, as she also fought with the Ukrainian forces during the annexation of Crimea in 2014.

She is happy to have her work shown internationally as it lets the world know what the Russians continue to destroy – the people, their tradition and the nation.

How kindness can promote well-being, health and happiness